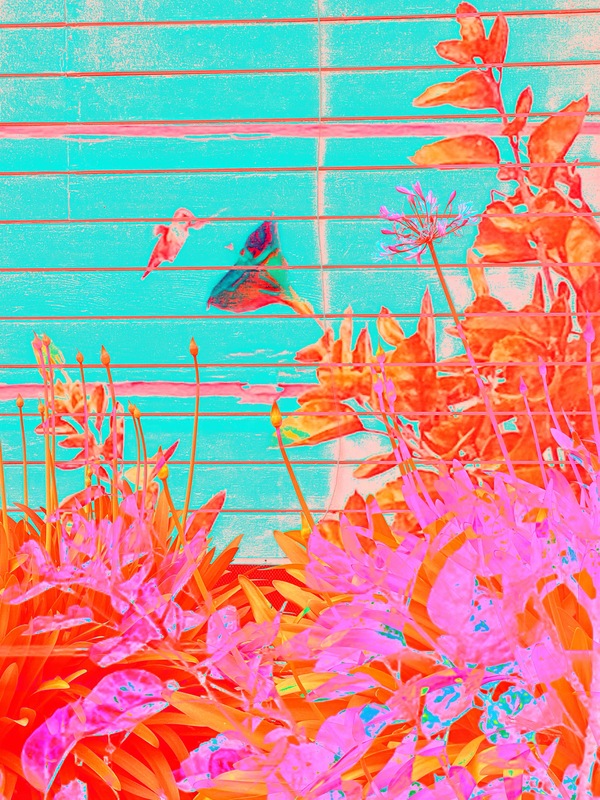 ​Artist Bio:
Found objects -both natural and manmade- intrigue me. I use my iPhone to capture and transform combinations of these into colorful and unique, two-dimensional images using post-processing applications that facilitate collage, blending and colorizing techniques. These days I tend to print on acrylic to lend a sense of depth and texture to the work.  I've also recently started experimenting with painting on my images using acrylic gold leaf paint and diamond dust glass crystals to accentuate certain features and framing them in clear, acrylic shadowbox frames to further enhance the dimensionality.  My goal is to have viewers feel as if they are walking into a supernatural nature scene when they view one of my images. I’d describe the artistry behind my style as something along the lines of: feelings-based, nature-focused, abstract-figurative-impressionist-pop.  Because I’m trained as a clinical psychologist emotions are never too far from my awareness and inform my work to a great extent. I strive for a style that is ever-evolving and growing.
Artist C.V.
EDUCATION:
University of California, Los Angeles. Ph.D.